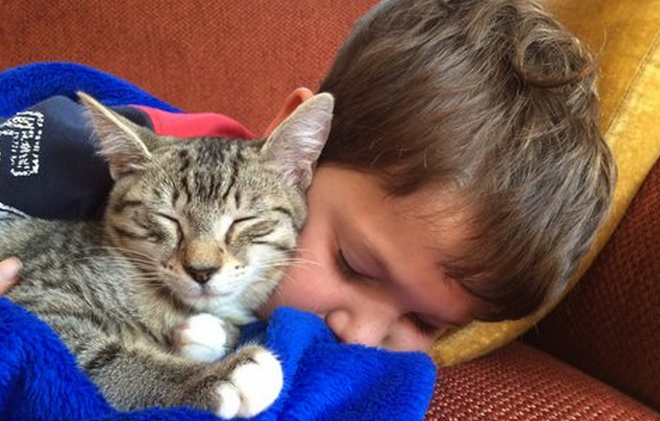 Supplier of endless snuggles, a furry face-warming service and general adorableness - Spook has taken to his duties as resident rescue kitten beautifully. And this cutie pie cuddlepot is not to be outshone by his equally adorable partner Zingy, who also joined the Francis family, adding just the right amount of unconditional love.

Just a week after adopting Spook the silver tabby from Butterfly Wings Animal Rescue, they got Zingy the ginger kitten from Coastal Pet Rescue. 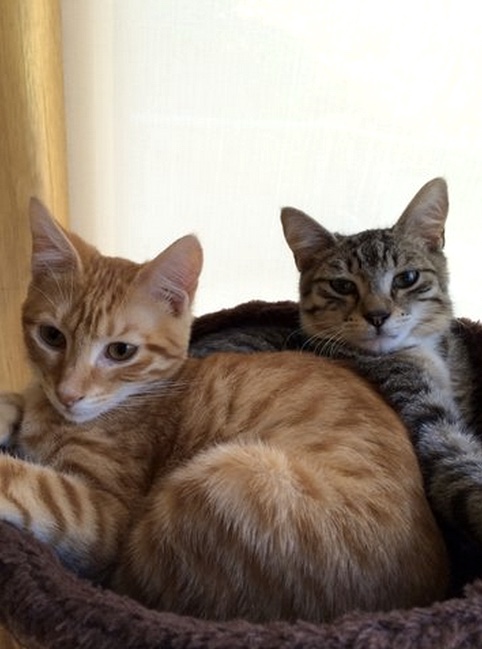 “Spook soon felt right at home with my young son. Zingy came here a week later and fitted right into family life,” says adopter and mum Carey Francis. “Our children, Toby and Laura, are both besotted with their new furry best friends.

“Spook was named Alex when we got him, but after spending at least an hour searching for him, on two consecutive nights, we decided he should be called Spook after the spying spooks who are so good at hiding,” says Carey.

“It turned out his favourite place to sleep was the drawer full of knobbly wooden train set pieces!”

“Zingy was named Talia when she arrived. We looked up ‘ginger’ online and discovered that the Latin name for the ginger plant is zingiberi, so Zingy it was. It suits her mischievous and lively character,” Carey smiles.

For this lucky family, two kids plus two cats equals the perfect amount of unconditional love.