Jetpets and HAART: Uniting to reunite a family 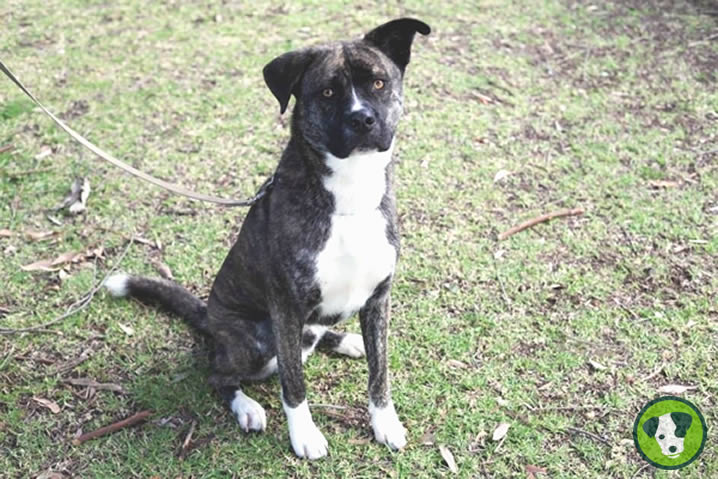 Sadly, no one had come to claim charming, attentive Gus, and the allowable time he could be kept at the pound was quickly running out. The team at Stirling Council did a sterling job of working with local rescue groups in a last-ditch attempt to help Gus find a home. Thankfully, and at the eleventh hour, HAART was able to take him on.

Such a fortunate reprieve, as Gus is a sleekly handsome dog with a beautiful nature and keen intelligence that make him an ideal family pet.

Months went by at the HAART kennels and Gus was yet to find a home. But as the HAART team began to worry about his lengthy confinement, something miraculous happened. Gus’ owner called - Gus did have a family after all, and one who was missing him terribly.

Gus’ dad had no idea he was even missing - he’d left Gus in the care of a family member while he made the move interstate and settled in Melbourne. It was a friend who spotted Gus’ gorgeous face on the PetRescue pages and immediately notified the family.

HAART was thrilled with the prospect of uniting them, but there was a problem. Gus was in Perth and his owner was in Melbourne and not in a position to cover the cost of interstate transportation. The PetRescue network was able to help again. Jetpets, one of our valued partners, kindly donated a free flight for Gus to make the journey home to his dad.

It was an emotional day for the team at HAART and Jetpets, who put so much work into making this extraordinary family reunion possible. Both Gus and his human family were beside themselves with joy. There was no end to the hugs, pats, licks and nuzzles at Arrivals! They would never lose sight of each other again.

To match animals with new homes is always rewarding, but to reunite a family that never wanted to be apart is a whole different kind of special – all thanks to the dedicated animal professionals at HAART and Jetpets.