From rescue shelter to movie set

Lights, camera, woof! This pair of amazing rescue dogs, Special Agent Gibbs and PetRescue’s very own Ziva, have been getting a taste of show business on the set of new Aussie movie Tracks. 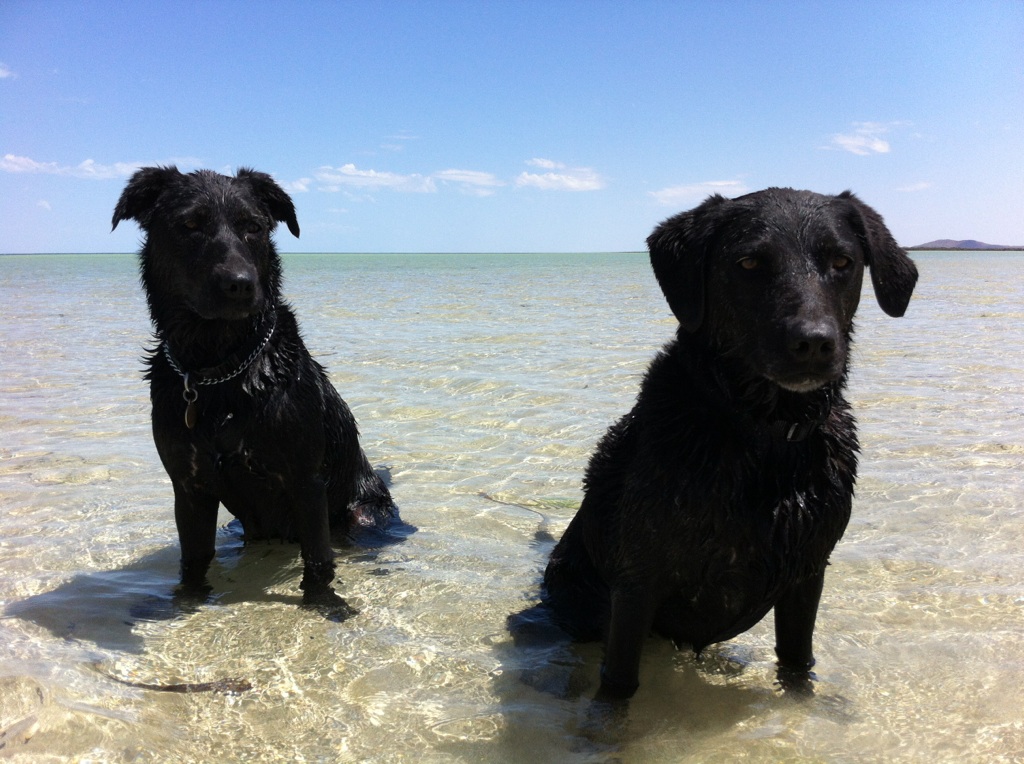 When Amanda from LabraDOG Rescue in New South Wales helped Sarah adopt Special Agent Gibbs seven years ago, little did they know her furry friend would be starring alongside some of Australia’s biggest young acting talent.

“My own labrador has done some TV work over the years, and when the casting call for a black Labrador came up, I knew Special Agent Gibbs was a great candidate,” says Amanda. “So, I arranged for Sarah and GIbbs to meet with the producers and ‘audition’ for the role of Diggity”.

After acing his audition and wowing the movie producers, Gibbs got the gig, playing the role of Diggity alongside Mia Wasikowska, best known for her role as Alice in Tim Burton’s 2010 adaptation of Lewis Carroll’s classic children’s novel, Alice in Wonderland. The only problem was, Gibbs needed a stunt double to help him seal the movie deal.

With the majority of filming taking place in the hot South Australian desert, finding Gibbs a doggy double to fill in was essential. And, thanks to the kind people at Hawkesbruy Pound in New South Wales, Amanda was yet again able to find the perfect pup for the part.

After being left unclaimed and with no rescue options on the table, Hawkesbury Pound contacted Amanda about a gorgeous black lab that needed a home. Ziva, as she became known, was soon on her way to the movie set to star alongside Special Agent Gibbs. Apt, given their equally showbiz-esque matching monikers.

“They learned lots of fabulous things on the set, including how to ride a camel!” Amanda says.

“They spent six weeks on a big doggy adventure, travelling across Australia with their trainers. And once filming was complete, we began searching for a fabulous home for Ziva through PetRescue.

“We received a lot of great enquiries and, in the end, it was a lovely family from Scone in rural New South Wales that ticked all the boxes. The Wilson family made the trip to Sydney to meet Ziva and the rest, as they say, is history.”

Ziva continues to enjoy a rural life with her new family and, now the movie is showing in cinemas nationwide, she’s a big hit in ‘show and tell’ at the Wilson’s school.

“Movie or no movie, they wouldn’t be leading the fabulous lives they are without their amazing adoptive families. But, to have these rescue dogs in Tracks is so exciting.”

PetRescue currently has over 9,000 little superstars listed on its website, just waiting to be adopted into a loving family. Help save a life, and give a rescue pet a second chance at stardom today.