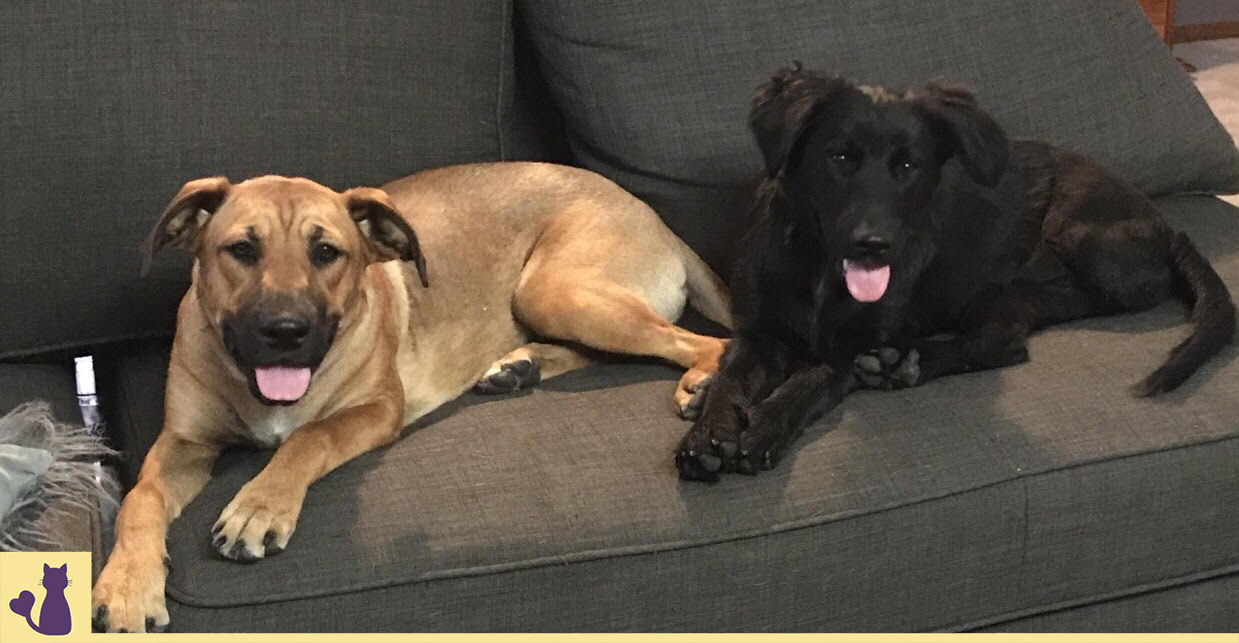 “I thought to myself, he needs his family, and we already had his sister so what better place to be.”

Macy and Ryder’s reunion is an extraordinary story of hope and family.

Surrendered together as part of a litter to Sunraysia Animal Rehousing Group, Macy and her brother Ryder were separated when they got adopted by different families.

When Macy’s adopter Jen first found Macy’s profile on PetRescue, she immediately fell in love. “Her description was that she was good with kids, cats, and other dogs and she just ticked all the boxes so I enquired about her,” said Jen.

Jen and her partner Dan then drove six hours to pick up Macy. With her happy personality, Macy quickly charmed her way into becoming an integral part of Jen and Dan’s life.

About a month later, when Jen called Macy’s foster mum to tell her about Macy’s progress, she was informed that Macy’s brother, Ryder, had returned to foster care after being in an accident which had resulted in him losing a leg.

“We immediately said we would take him if he needed a new home, so in less than 5 minutes, another trip to Mildura was organised and we welcomed Ryder into our family.”

This was followed by a heart-warming reunion of the two siblings. “Macy was being gentle with him and kept smelling where his leg used to be. He just lay there and let her suss him out, and then they happily got into the back of the car and slept curled up next to each other for the ride home,” recalled Jen.

Although Ryder has had a tough break, he has come out stronger and more determined. “Nothing holds Ryder back, he may have three legs but he jumps, he runs around chasing Macy. He struggles a bit on big walks, but enjoys it at the same time and sticks close by to Macy,” said Jen.

Attached at the hip, Macy and Ryder always look out for each other like family would. Macy and her brother, Ryder Jen with Macy and Ryder

Both Macy and Ryder have touched Jen and Dan’s hearts significantly, “I was happy in my life before but they just filled my heart. They definitely test my patience but I know we were meant to have these dogs in our life.”

Jen and Dan changed the lives of these rescue pets through adoption. Macy got a new home and was reunited with her brother, and Ryder got a chance to put his disability behind him and thrive in a new home.

Do you want to be a special pet’s special human? Meet our Adoptables!

Keen to share your own rescue story? Email us at yourstory@petrecue.org.au!