This happy tail features two wonderful humans who recently adopted one of the cutest, cuddliest little winky kittens, Maddie, from Victoria rescue group Pets Haven. We caught up with Melbourne residents Evan and Brendan for a quick chat on everything cat! 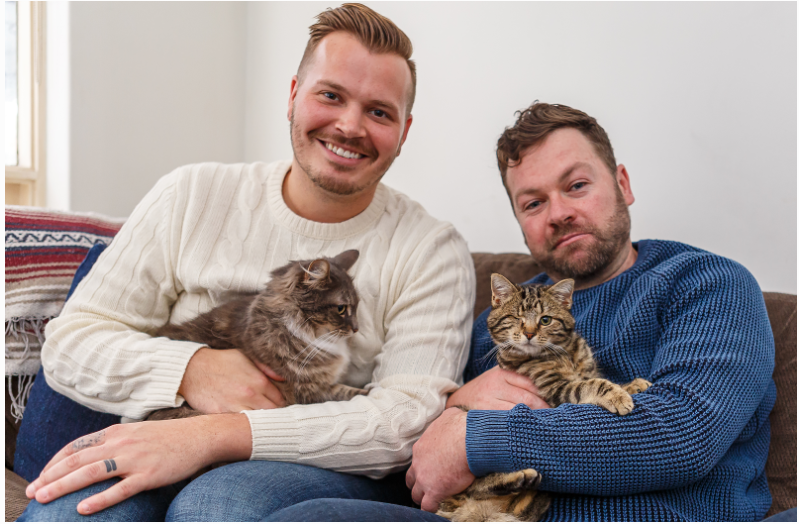 Evan with Lexie and Brendan with winky kitty Maddie

Evan and Brendan first came across Maddie, a cheeky little domestic shorthair on social media and were led to her PetRescue profile. They fell in love, and immediately expressed an interest in adopting her. With her infectious energy, Maddie has already brought so much joy and laughter to their home and has also been a great friend to their other rescue cat, Lexie.

In her past life, Maddie lost her left eye due to some unfortunate kitty luck. But you know what they say, having one eye makes you see the world in unusual ways!

Maddie’s eye comes across as the cutest kitty wink in the whole world, and surely makes us weak in our knees. 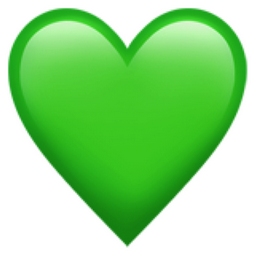 Check out our conversation with this happy family below:

What is the best thing about your new addition, Maddie?

Evan: Maddie has just brought so much young energy and newness to our home, which has been very fun! She keeps us laughing, and really enjoys playing catch (she’ll actually bring back the toy for you to throw again), which is what Brendan was really hoping to train her to do. It’s also been really fun to see Lexie’s energetic personality come out when they wrestle and chase each other. Really, it feels like she’s just woken up our family and completed it at the same time.

Brendan: It’s lovely to have an adventurous, playful and cuddly kitten to come home to! She keeps us all entertained. 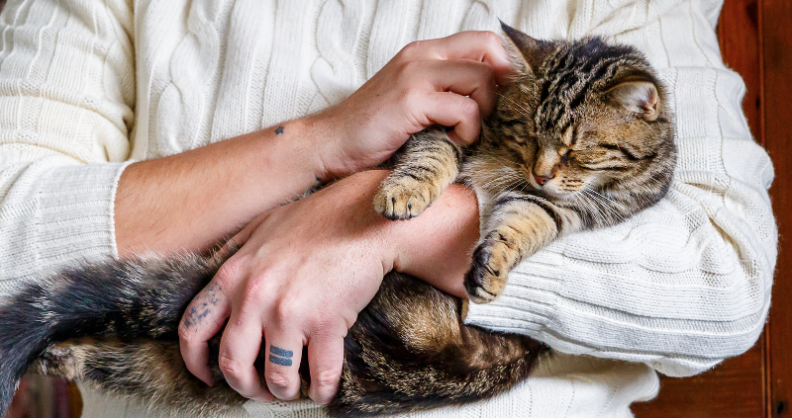 Who is Maddie's favourite family member?

Evan: Lexie is Brendan’s cat that he raised from being a kitten, so I would have to say that Maddie probably clings a bit closer to me. That said, she follows anybody around who’s willing to play with her…. And feed her

But also Lexie could probably take the cake on this one…

Brendan: Hmmm that’s debatable… I feel like it depends on who has the energy to play with her, who has food, or what time of day it is. The cats seem to prefer sitting on Evan’s lap in front of the TV at night, but they seem to want to cuddle me in bed in the morning. But Maddie also wants to be close to Lex most of the time as well. 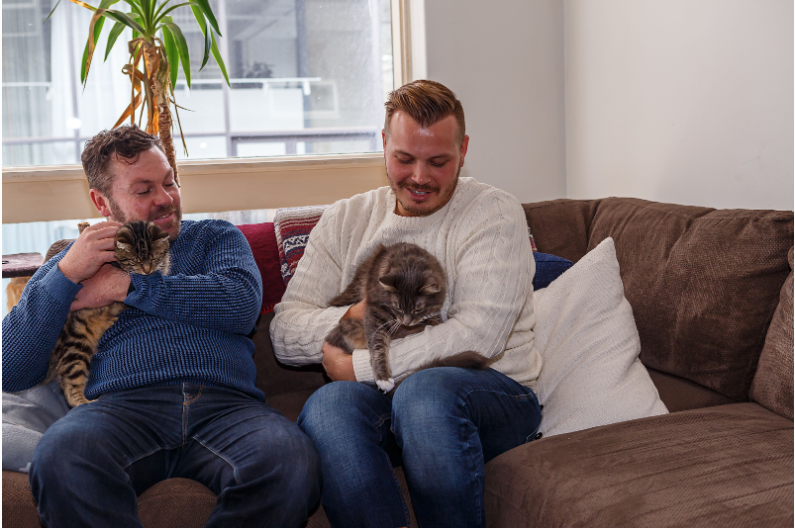 Give us two reasons why everyone needs a cat in their life.

Evan: Neither of us ever thought that we would be cat people, but we have fully jumped head-first into the world of cats and we just love it! Our lifestyle is very active and on-the-go which we just find that cats really fit in so well with. They just need love, cuddles, sun, and (lots of) food to be happy. So for two reasons I’d say 1. They are a joy to love, and 2. They bring you lots of laughs!

What are some of the funny things your cats do?

Evan: This list is endless. Maddie attempts to play with anything that is small or makes noise, which means we often find our items (chapstick, buttons, pens, shoelaces) behind the couch, or wherever she is playing and storing her toys. Now that Lexie and Maddie are getting along so well, they really love hiding from each other, hunting each other, jumping out, and then wrestling for a while.

Brendan: Tearing around the apartment chasing each other, attacking anything that moves, begging for pizza, finding new places to hide, and drinking from my water glass when it’s left unattended for any amount of time.

How have they changed you?

Evan: In all honesty, they have really given me the opportunity to be fully responsible for another being, for the first time in my life. They rely on us to provide them with food and happiness, which has been a really good thing for me. I look forward to getting home at night because I know that they are excited for me to be there to feed them and to play. It’s given me a great opportunity to slow down and appreciate my little family.

Brendan: I’m probably more annoying at social events because I talk about them so much and will show photos to anyone who at least feigns interest… 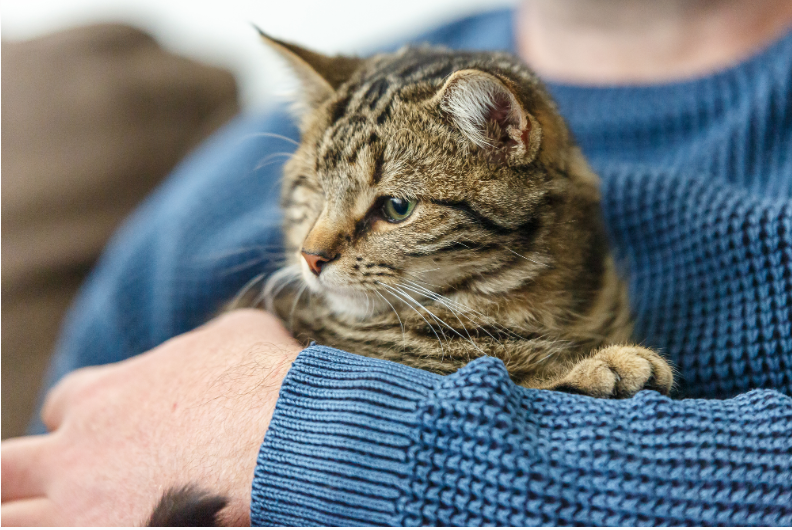 What is the most rewarding thing about adopting a rescue pet?

Evan: It’s pretty wild to think that both of our kitties could have lived their lives without our family. It’s rewarding every single day to see the girls (Lexie and Maddie) wrestling around, chasing each other, and then coming to sit on our laps for a cuddle before bed. Our home feels pretty full right now with all this new energy, but I certainly don’t think our rescue days are over. I keep hinting to Brendan that I want a dog

Brendan: Knowing that I’ve given them a comfortable - and hopefully happy - life, and having other beings in the house who seem to like having me around (most of the time).

You can keep up with this winky kitty's adventures on her very own Instagram page! Follow her here!

Do you need a winky kitty like Maddie in your life? How about Max, Caspari, Patcello, Hemingway or Jack Sparrow? There are so many adorable cats on PetRescue who are waiting for their human BFF!