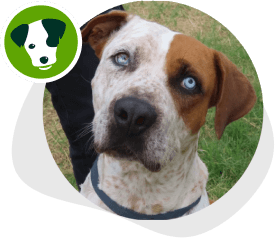 Summary
Age: 8mths approx
Sex: Male
Breed: DMH
Snuggle scope: off the charts! We both love to smooch your face and have big cuddle sessions, complete with love nibbles and loud purrs! But only once we know we can trust you.
Kid scope: We are bit scared of them until we know they are safe. Safe kids are super fun, we will play for ages!! We do give love bites and like to play a bit rough so we're probably better with older kids.
Cat scope: We like cats that are nice but would probably prefer to be the kings of the castle ourselves.
Dog scope: Umm, I guess they're OK, from a distance!
Adoption Fee: $450 for both.

About us:
Marsh & Mellow were found as kittens randomly playing in a lovely lady's town house courtyard. Worried they were lost this lady and her 4 adorable kids took these 2 gorgeous boys in with hopes of locating their owner. Alas, no one came forward. Further investigation revealed that sadly there is a couple of stray cats that hang around the complex, likely left behind, abandoned when their owners moved. It would appear they one of these poor little ladies is Marsh and Mellow's mumma.

Despite likely being born stray as such, these incredibly handsome boys are very calm and loving. The day I, their carer, picked then up, I watched them happily playing around and accepting cuddles from their finder's children, who clearly loved them very much the short time they had them. Not so surprising though is that they are very shy around new people and different environments.

When I first brought the boys home into care, they went from being the confident boisterous lads I saw at their finders house, to shy, skittish little babies, especially Mellow. Fast forward a few days, after much time talking, offering treats, and playing with them, they started to come out of their shells. Marsh, was the first to trust, perhaps being the bigger of the 2, and I quickly saw what an affectionate little purr machine he was, rolling around on the floor wanting belly scratches and jumping up to smooch my face. A day or so later Mellow took his brother's lead and all started falling into place nicely. Little Mellow's confidence soared, as did his clear desire for company, and despite Marsh being the first to want attention, Mellow became the true cuddle bug! Now he's always on my lap purring and wanting cuddles! He's also true to his name. When it comes to the other animals in the house he is very laid back and happy to go with the flow. Marsh is much more cautious around the other cats and prefers to mind his own business. His little brother though is his best mate and wrestle buddy, the 2 will play together for ages. Like his brother, Marsh is a smooch too, he loves having a good pat and a Snuggle in your lap! They are seriously gorgeous boys both inside and out. Big beautiful expressive eyes, luxuriously soft coats, and sweet personalities to top it off. What more could you want in a little furry companion?

Being so well bonded I really don't want to separate these 2 boys so if they have won you over and you are in the position to take both together, please contact us now to arrange a meet and greet. Keep in mind though that they will be scared when they first meet you, but, as you can see from the photos, this is not who they truly are.

Since being in foster care Marsh and Mellow have been indoors only and must remain as indoor or cats for their own well-being.

All of Cartmills Animal Rescues fosters come fully vaccinated, microchipped, desexed and are up to date with parasite control treatments.

Once you have read through our pets profiles the next step is to touch base to fill out a pre-adoption form before organising a time to meet cat/kitten.

You can help Marsh & Mellow be seen by sharing their profile