Old dog finds a life of love and comfort

When Sandy and Rod knew it was time to bring another dog into the family, they chose to look for a rescue dog who needed them. They wanted an older dog to fit in with their older-dog family.

“We didn’t want a young puppy given we already had two aging dogs with low tolerance for a bouncing puppy. Plus we figured we could help a dog have a better life. 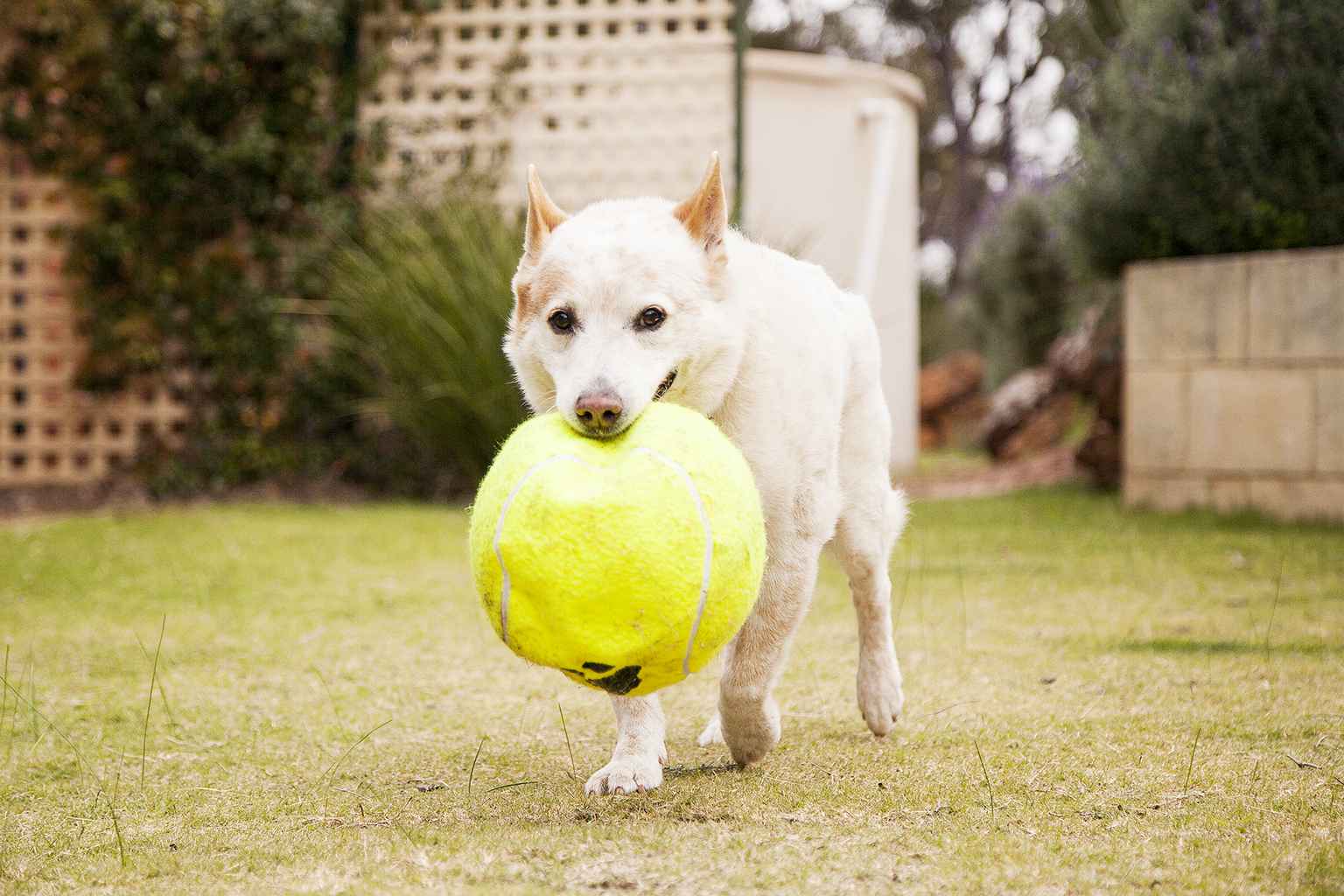 “We have two older dogs - a 14-year-old male and a 12-year-old female - who have spent their entire lives together. Our oldest dog is nearing the end of his life and we didn’t want the girl to be lonely. We thought bringing a new dog in while the old boy was still around was a way to get a new friend for the girl, and have her get used to him before the old boy passes.”

An old dog with a big heart, Ger was just waiting for Sandy and Rod to come and find him. When they saw his listing on PetRescue, they knew they had to get to the Dogs Refuge to meet him!

“Ger had clearly had a tough life, as he has callouses all over him (like he was kept on cement). But someone also loved him at some point, because he knows a few commands and loves ball play. 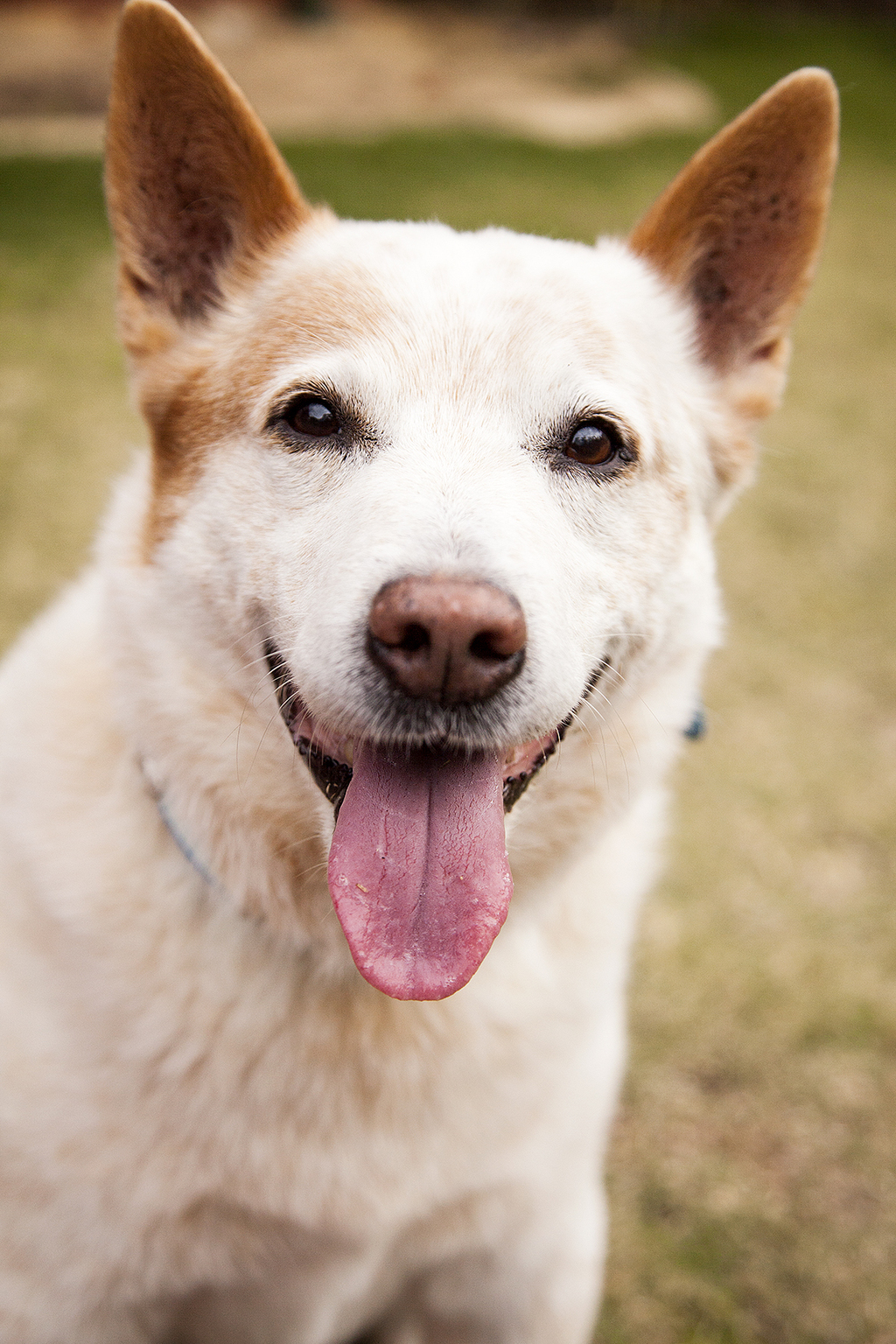 “When we brought him home he stuck to us like glue and often had his ears pinned down, looking like he was in flight or fright mode. We spent a fair amount of time just trying to reassure him, which seemed to work.

Ger had already started to make himself at home on the very first night.

“On his first night, Ger had no hesitation in going straight to one of the three dog beds at the foot of our bed.  Each night, all three of them are lined up on their beds, and it is very cute.  When the light goes out they will be in a certain order, but by morning they have all swapped (without any drama), which is hilarious!

“He has also started coming to the side of our bed in the morning for a cuddle, or to wake us up and get him his breakfast, which is super cute.

Adopting an older dog can be challenging, but Sandy says it’s worth it to know you’re changing their life in a positive way.

“Ger is an old dog, the vet put his age at about 12 years. He’s on a lot of medication for his arthritis, which is pretty severe, as well as incontinence medication. However, we are used to having to medicate old dogs, so that was no concern.

“Now that he is on good medication he is far more active than when he first arrived. He will go for walks around our entire block (6.5 acres), regularly leading the charge, and will often wander off into the bush on our block and go exploring. In contrast, when he first arrived, we would only be able to walk about 100 or so metres with him and would have to carry him back!

“The main challenge we have had in caring for him is that he gets very anxious about being fed, and has a few naughty habits like getting into the bins and pulling the rubbish out in search of food. 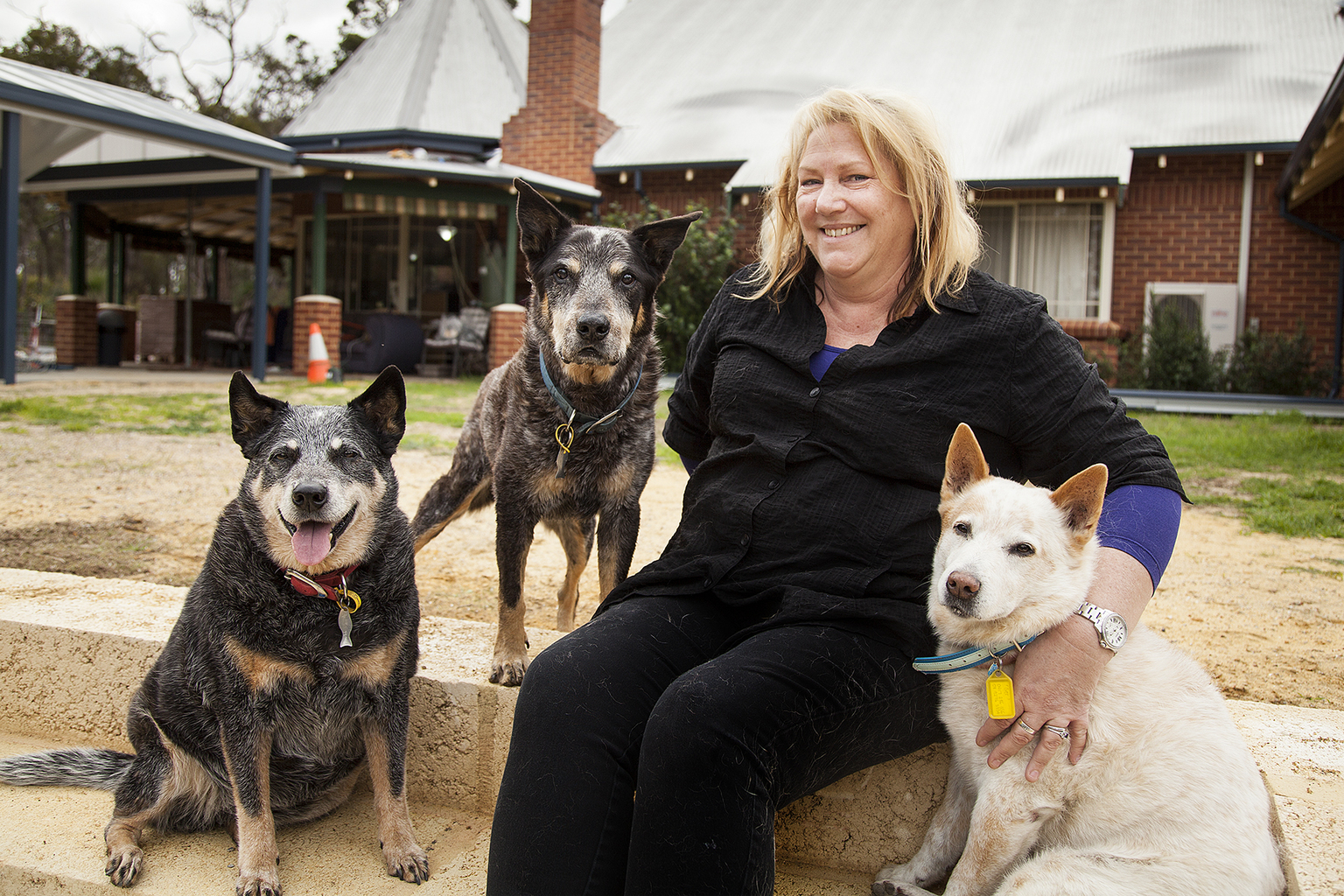 “We have now made the bins ‘Ger-proof’ and we know that with time and positive reinforcement he will improve. We can see the changes already, so we’re very happy with that.

“Ger is a beautiful little guy and underneath all that toughness he is a very loving dog who has just had a hard life and deserves to live out his years in comfort. We are very happy to grant him his wish.

“It has been a big commitment of time and patience to help Ger get rid of some of his old habits, but the rewards are worth it and we would do it all over again. The unconditional love of an older dog is very special.”