Love turned this senior's life around

The moment Sandra saw Sonny’s inner beauty shine through his one eye, rotten teeth and bald patches, it was true love!

At 11 years old, Sonny the Papillion X Pomeranian probably didn’t expect life to take quite a turn the day he found himself in the local pound. Waiting patiently for his humans to come, they never showed up. But his life was turned around the day his photo landed in Sandra’s email inbox.

Sandra, a rescue and foster care volunteer from Perth’s Homeless and Abused Animal Rescue Team (HAART), was scrolling through her emails and came across a message from a rural Wheatbelt pound containing a picture of an old, sick and underweight dog. 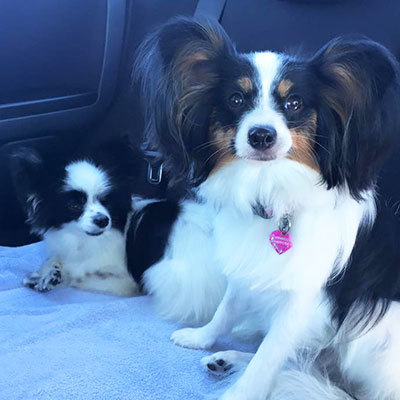 “Sonny’s photo immediately struck me. He looked just like an older version of my first dog, Gypsy,” says Sandra.

A few emails and phone calls later, and Sonny was on his way from the rural Wheatbelt pound to the big city to meet his new foster mum, Sandra.

“Upon first seeing Sonny it was obvious he was going to need some serious love. He had one eye missing, rotten teeth and hair loss, and he was clearly underweight. It was time for this little guy to get the treatment he deserved. First stop, the bath. And oh my, was it a much needed one!”

A trip to the vet was the next step, and it turned out that there was more happening under that fur than first met the eye.

“Unfortunately, as he was in such a poor condition, he was not strong enough for immediate surgery, so I took it upon myself to fatten him up and improve his health until he was stable enough to go under anaesthetic,” says Sandra. “It took about two weeks to get him well enough for surgery, and during that time he stole my heart - plus the hearts of everyone who met him.”

Sonny was de-sexed, had many of his rotting teeth extracted, and started a course of medication for his bad knees. He was on the mend and already looking like a new dog within x days! 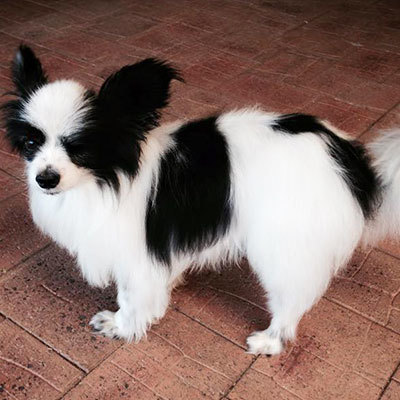 Sandra had a holiday booked to the USA shortly after Sonny’s surgery was complete, and her parents kindly agreed to take care of Sonny while she was away. She recalls receiving a photo after her dad had bathed and brushed Sonny.

"I couldn’t believe how amazing he looked compared to when I first saw him less than two months before. When I received that picture, I knew that he had stolen the hearts of my parents as well. I was sure that he was staying for good.”

Another dog was not something that had been on the agenda for Sandra and her family - she had only recently adopted her dog Gypsy, and also had two rescue cats ruling the house at the time.

“I had promised my parents that I wouldn’t get any more pets! But the whole family had fallen for Sonny’s charm, and I’m sure he knew he’d found his forever home too. From day one, his beautiful personality had started to shine through.

"When we first met Sonny he didn’t trust many people, but now he will happily meet and greet anybody. Sonny had transformed from a timid, insecure, untrusting little dog to the pack leader, not only at home but anywhere he went!” 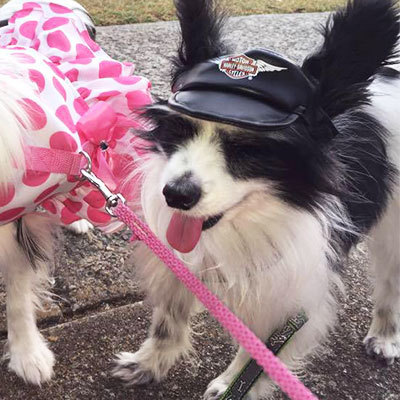 “It’s now two years since we adopted Sonny, and he’s loving life and bringing us so much joy. As soon as I pick up my car keys or my handbag, Sonny is at the front door hoping for a chance to accompany me, running in little circles with excitement,” says Sandra.

"Sonny is my prince charming. I hope to one day meet a man that will love me even half as much as Sonny does! The love and loyalty this little old man shows is beyond measure and it has been a very rewarding journey.”

Feeling inspired to give a senior pet the second chance they deserve? Search senior dogs for adoption.