Life on the sea has Captain Jack hooked 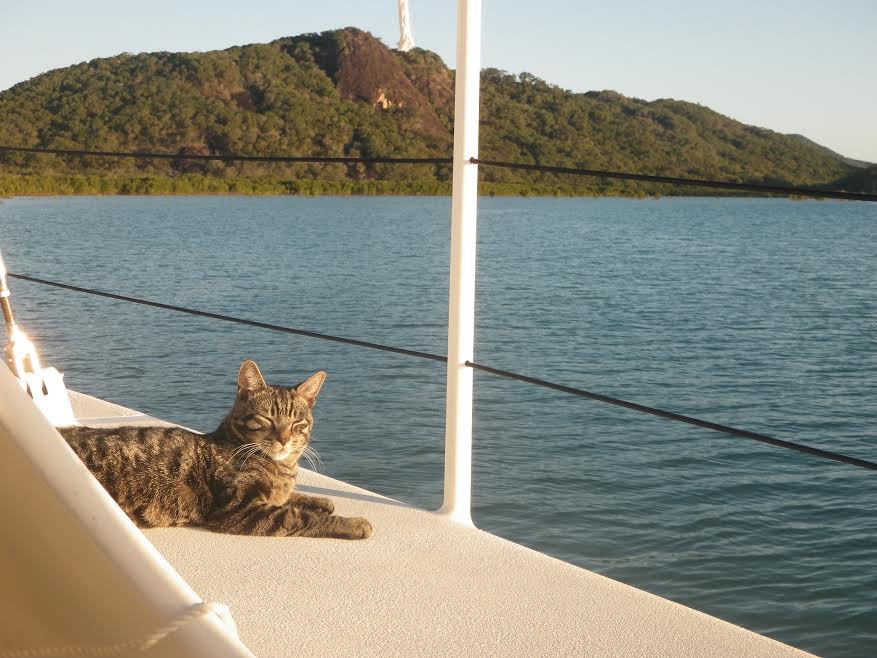 With the wind in his fur and his eyes set firmly on the horizon, Captain Jack Meow (Jack for short) has certainly landed on his feet - or should we say sea legs - since being adopted by Tania and her husband Alan through PetRescue.

In search of a pet companion to share in their adventures on the high seas, Tania and Alan adopted Jack from Pound Cats last year and now cruise the east coast with their new feline best friend sitting prettily on the poop deck of their catamaran. It might not be the Black Pearl, but for Jack, it’s home.

Tania says that the decision to adopt a kitten was initially a tough one after the loss of their former rescue cat Billy. “We’ve had cats before, but when we lost Billy to a brain tumour we decided not to get another pet as we were going overseas in the boat. For the first time in my life I was without a pet and I think that made it harder to get over the loss of Billy.”

However, after heading home from their trip, both Tania and Alan decided the time was right to give a rescue kitten a second chance. They started searching on PetRescue, and came across a four-month-old kitten in Lake Macquarie. With the help of Sallie from Pound Cats, the pair were able to organise a meeting with the soon-to-be captain.

“On the morning Sallie was going to bring him down, my husband asked if I had the cheque book. My reply was that maybe we didn't need it; after all, he was the first cat we were going to view. He just looked at me and said, you know you're going to want him!” Tania explains. “We went ashore and Sallie brought him to us. She handed him to me and he was purring and rolling around in my arms. Of course I wanted him! 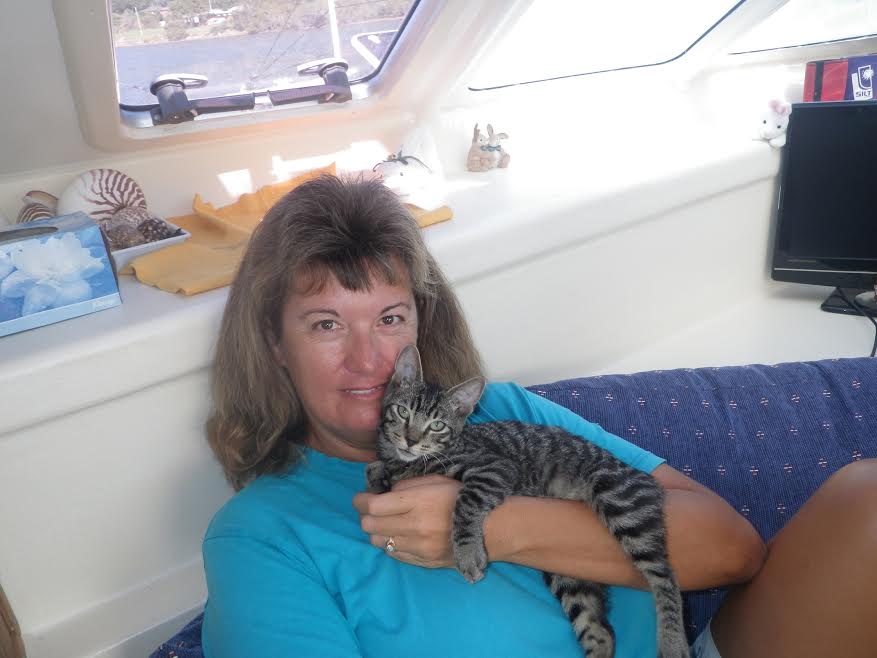 “On the first day he just explored the inside of the boat - he was big enough to get up and down the stairs easily. Before we went ashore for a barbecue with friends, I put him on his bed and told him it was time he had a sleep. When we returned two hours later, he was still asleep on his bed!”

Tania connected with Jack right from the first night. “He laid on my chest the whole night purring loudly, rolling around and rubbing his little face on mine. I remember it was about 3am, the moonlight shining in from the hatch at the head of our bed and I had spent the whole night just looking at him. He had already captured my heart, I adored him."

Clearly a natural ocean-goer, Jack settled into life aboard the catamaran like a duck to water. “Even while sailing he eats, plays and sleeps just like he does when we are at anchor,” Tania says. “Most afternoons he runs up the ropes to the boom, jumps on the roof, runs down the front windows into an open hatch, out the door and back up the ropes to the boom again.”

Jack has found that one of the biggest advantages of living on the ocean is the menu - surrounded by a variety of different seafoods, Jack regularly gets to eat fresh fish straight from the sea. “He enjoys raw or cooked mud crab, fresh fish, calamari and prawns. So far, the only things he’s refused to eat are oysters. My husband isn't too keen on them either, so more for me!

“Just recently, we were in a marina when some prawns were jumping about. Jack was very interested. I got off the boat with a landing net and Jack came with me. Every time I caught a prawn I would put the net down and Jack would touch the prawn a few times, pick it up, run back and put the prawn on the boat and then come back waiting for me to get the next one. People at the marina found it very amusing.

“Has he ever fallen off the boat? Yes, several times and he doesn’t like the water. We have what we call ‘International Kitty Rescue’ on the back steps of our boat,” says Tania. “It’s a pool noodle tied just above the water so he can use it to climb back onto the boat. It works very well. 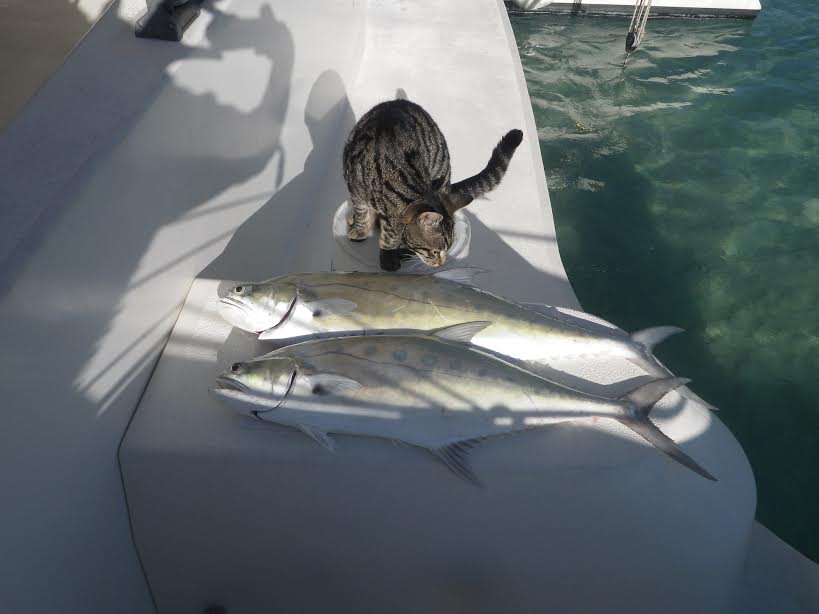 “We love our little monkey. He always makes us smile and laugh. I sometimes look at him sleeping and think just how perfect he is. I feel happier having him around.

“Choosing to adopt a pet can be overwhelming when you see so many animals needing a home. You just have to ask yourself what you are looking for and start your search. Just do it! It's so rewarding to see their little personalities grow and develop.”